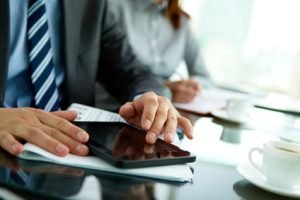 It would be an understatement to say that tablets have benefited from a meteoric rise in popularity over the past several years. While earlier versions of the platform failed spectacularly (most would argue we simply weren’t ready for them), consumers rapidly embraced first the iPad and then all of the many tablets to follow. Now, tablet users can be found in the workplace, on the subway, and even in space.

But, as convenient as they may be, tablets are even harder on your body than laptops. And that’s saying a lot because laptops can be pretty harmful. Let’s take a look at the many ways that tablets strain the body, and a few solutions to help you make the most of this popular new device.

Tablet users have a tendency to press harder on their keyboards than on any other device to compensate for the lack of tactile feedback. This strains your wrists, fingers and forearms.

Solution: Travel Keyboard
Sure, you might not want to bring that entire desktop keyboard on the road with you. But a fold-up mobile keyboard is just as portable as the tablet itself. More importantly, it will guide your fingers and wrists into an ideal position so that your elbows are bent at 90-degrees, your wrists are angled naturally and your fingers float over the keyboard. This will significantly reduce your chances of developing a Repetitive Stress Injury. 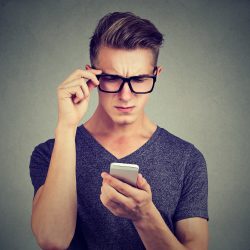 One of the biggest problems with tablets is that the screen and keyboard are connected on a flat surface. So it’s impossible to angle one without angling the other. When placed in your lap, a tablet causes what’s called a vulture hunch, straining your back, neck and shoulders. You’ll also hunch when you place that tablet on the table, as you struggle to reach the keys.

Likewise, bad posture is also often the result of straining to see the screen. Focusing for so long at small text placed at less than ideal distances causes eyestrain. Eyestrain can include blurred vision, headaches, dry eyes and sensitivity to light among its many symptoms.

Solution: Tablet Stands
All of these problems are easily fixed with a tablet stand. This is not to be confused with the tablet cases that can convert somewhat into stands, as those often do not have enough lift. Instead, it’s best to buy a dedicated tablet stand that raises the tablet to such a degree that you keep your neck in a neutral, straightforward position, rather than craning too far up or down. For those who prefer standing while they work, stacking the stand on pile of books is an easy way to heighten the tablet’s position. 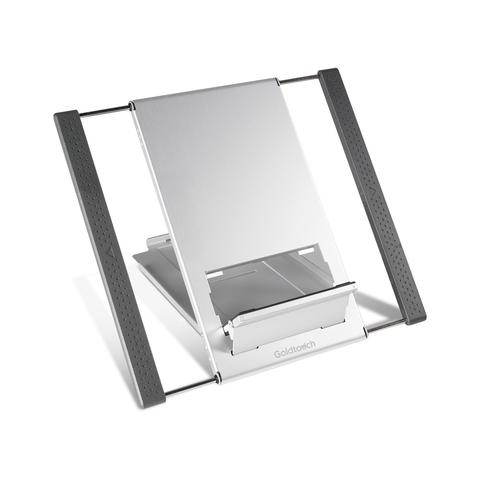 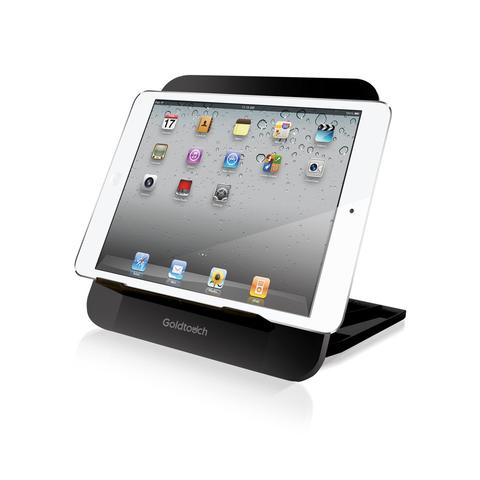 While tablet stands are great for your upper body and eyes, navigating a vertical touchscreen will put undue stress on your wrist. And laying a tablet flat on a table isn’t much better.

Solution: Ergonomic Mice
The best way to safeguard the health of your wrists is by pairing your tablet with an ergonomic mouse. It is strategically designed to angle your wrists in the least stressful position. Unfortunately, not all tablets are yet equipped for a Bluetooth pairing, so, this won’t work for everybody. At the very least, remember to keep your touch light. Also, try not to maintain that extended position for too long. Instead, sneak in stretches and rests whenever you’re not navigating the screen, rather than keeping your wrist bent and ready for action.

Overall, the very best thing you can do to safeguard the health and safety of your musculoskeletal system during tablet use is to treat that tablet like a portable desktop. Wherever you go, from the office to the airport, keep a stand on hand to raise your screen, a keyboard to guide your hands, and a mouse to alleviate pressure on your wrists. There are many slim versions of these devices available, so you can always have what you need, wherever you are.

How do you look after your ergonomic health when you’re on the go? Let us know in the comments below. 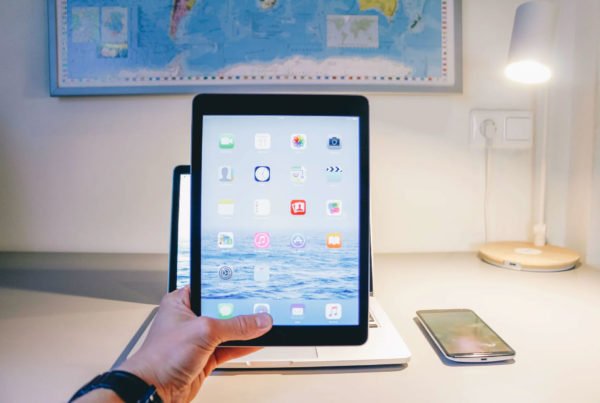 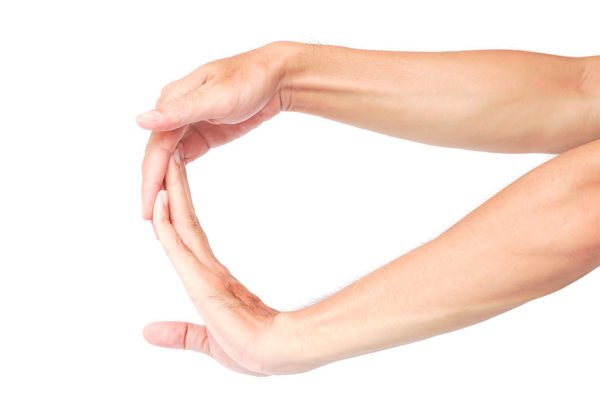